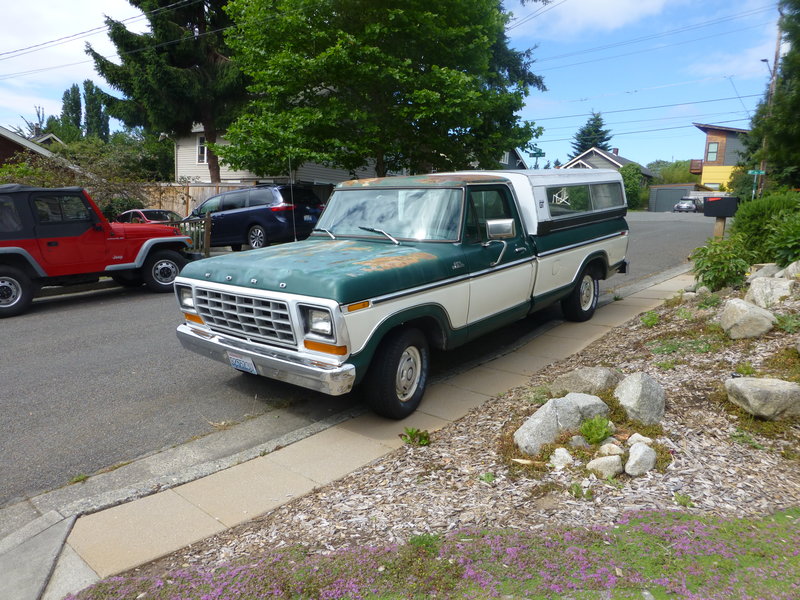 Good old Ford F-100. We don't drive it enough to keep it. We purchased in 2001 and it has been driven minimally since. HAS LESS THAN 40,000 MILES. We were told (and the condition of the truck and the records support) that this truck sat in the original owner's driveway in Tacoma, WA, under a tarp for quite a few years. Runs well but has rust and there has always been a manufacturer's leak which our mechanic help reduce but it's still there. We have replaced both gas tanks (> $900) and had the carburetor rebuilt (approx $450). Both gas tanks and the hood have locks. There is a crack in the windshield which has stayed the same since 2001. Have replaced 3 of the 4 tires (> $600). We are selling it for less than we have in it. The radio and dash lights have never worked since we purchased and now one headlight is out. If you are interested and need more info, just let us know.