Description:
Are we looking at the biggest bargain in performance cars today? This 1993 Chevrolet Corvette offers world-class handling, a potent LT1 power, and a six-speed...all for less than $20,000! And it has upgrades everywhere from the loaded interior to the rumbling exhaust. So yes, this deal is irresistible.

All C4s have that legendary wedge styling that makes them look like they\'re in motion even at a standstill. But this one goes for the full aggressive package. It starts with the shining condition of the factory Torch Red, which is always a bold choice. This car has averaged about 2,500 miles annually, and so it has the right look of less use and more respect. So it showcases all your favorite parts, like the flush-resting headlights, tinted glass targa top, and bright buzz-saw style alloys. Plus, the bright dual exhaust tips hint that this one is extra special.

The black interior looks great against the red. Those leather bucket seats have the clean look that reminds you of this car\'s low mileage, and the headrests remind you that 1993 was Corvette\'s 40th anniversary. This is loaded with the best features like automatic A/C climate control, power windows, power locks, tilt wheel, electric rear defrost, and power seats. You even get modern safety with a driver\'s airbag. As well-preserved as the interior looks, it also has received the right upgrades. This includes new door sills, a cup holder, and a Viper alarm. Plus, the radio is a touchscreen that runs the AM/FM/XM, Bluetooth, and backup camera.

If you\'re going to get a C4, you want a later model like this, and the 350 cubic-inch 300 horsepower LT1 V8 is the reason. The fuel-injected small-block has a legendary reputation for performance and reliability. Combined with the fully independent performance suspension, this coupe has the kind of outright performance that has solidified the Corvette\'s reputation as America\'s premier sports car. Headers, an X-pipe, and Corsa mufflers really upgraded the dual exhaust for more power and a powerful tune. The six-speed manual transmission gives you firm control over it all, and the fluid was even changed within the last few months. Add in great driving features like power steering, four-wheel disc brakes, and the grip of Continental ExtremeContact tires, and this low-mileage classic is a true modern road carver.

Complete with maintenance records, this Corvette has well-respected care that also begs to be driven. And since it\'s such a great car to be seen in, too, we know the low price is going to make this fast-moving C4 exit our showroom quickly. Call now! 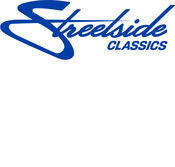