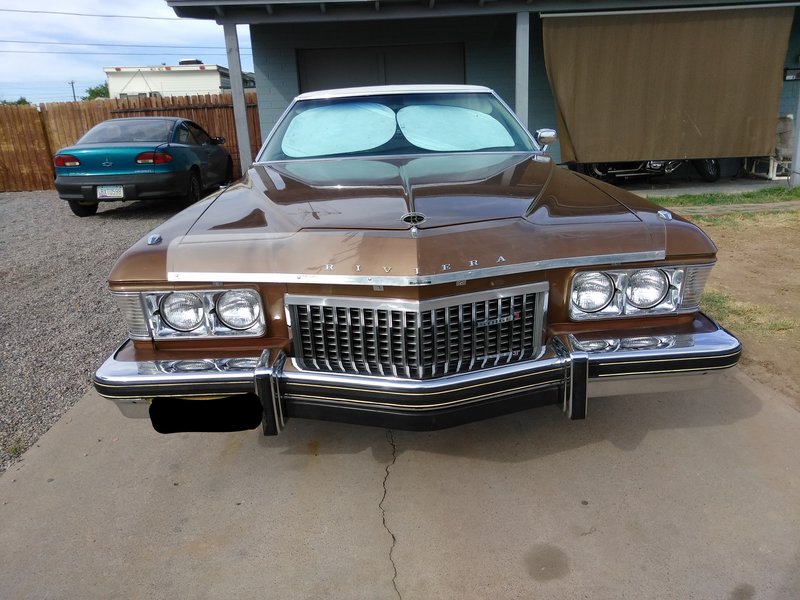 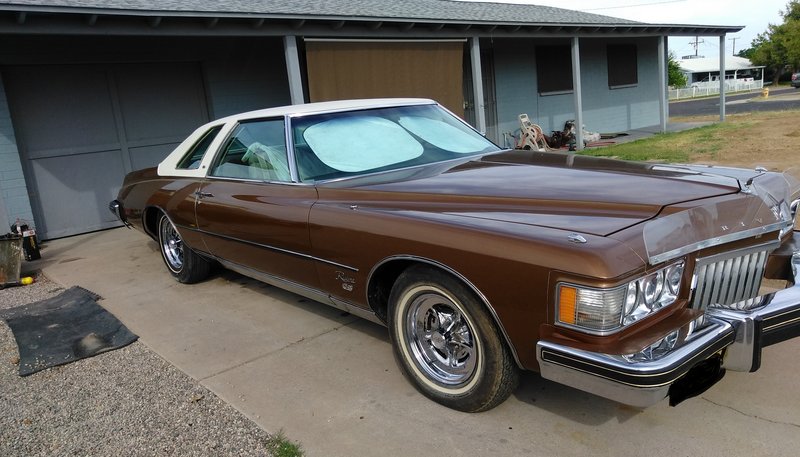 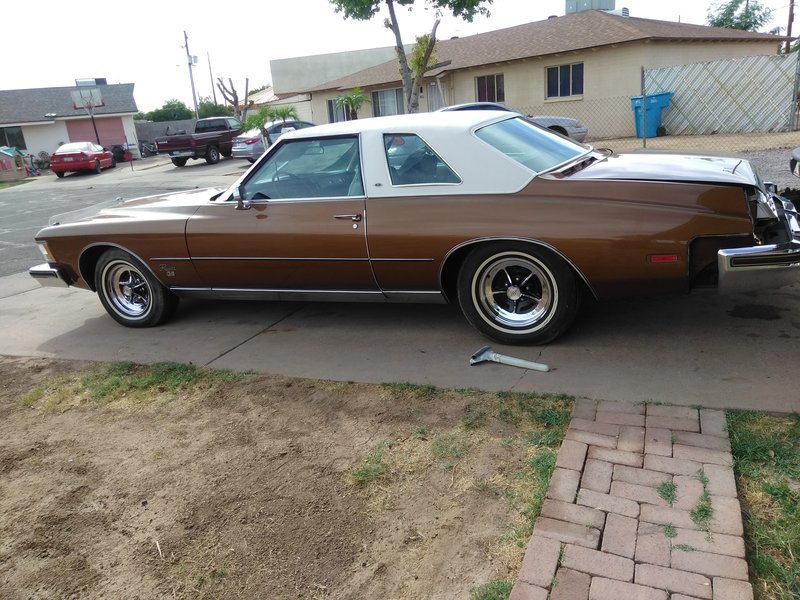 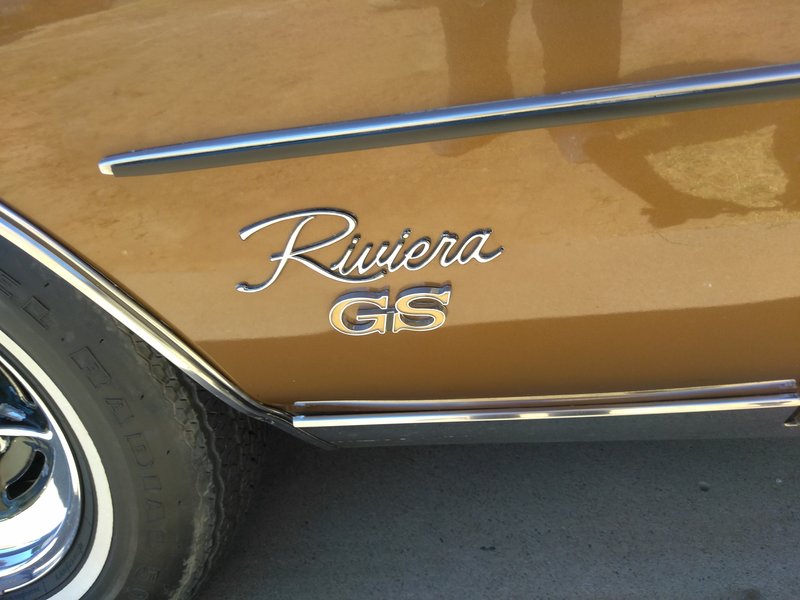 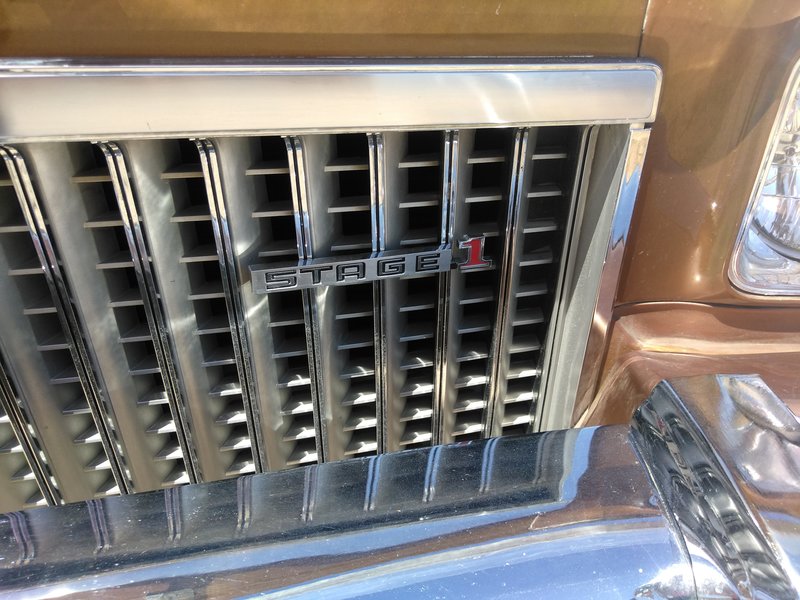 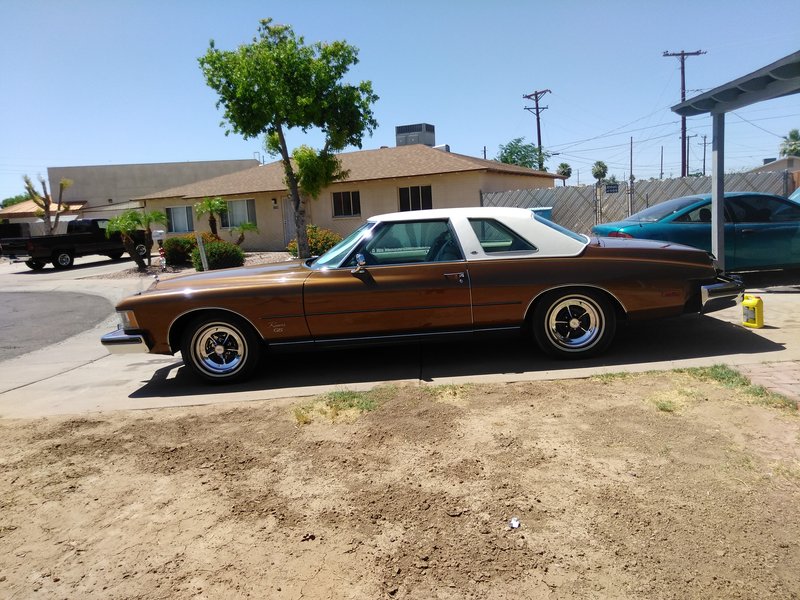 Description:
She was my Dads baby and he took care of her
better than any car he ever had.
My father was the 2 owner of this Beauty and
followed in the footsteps of the original
owner. Who flew to Dear born, Michigan to
pick her up and drove her back the 2000 miles
to her new home  in Phoenix, AZ. Dad bought
her in early 1976 because of financial hard
times for the first owner. He knew my dad
would take care of her. He did just that.
She was not a daily driver but once a month
hewould take her out of garage and off to
Flagstaff or Sedona AZ we went.  She only
has 40645 miles
on it but he kept her polished and shined
every week and would take her around the
block as well.  So my dad was having health
problems in the beginning of 1987 and on Feb
13 (fri) 1987 I lost my father to a massive
heart attack and he was gone . My mom fell
apart and she couldn’t look at the car
without crying at first so she stayed in
garage until after my mom passed away and
in 2014 I finally got her out and we cleaned
her up and had the motor checked out before
we tried to start her and on may 15 of
2014 we fired her up after being in garage
for 30 years she purrs just like she did back
then. I have the original factory sticker
from the window. I didn’t know too much about
the Riviera when I first started cleaning her
up, somy next job was to learn all I could
about the car. Here is what I know, this car
was special order and the original owner had
everything added to the car that was offered.
In the previous year the Stage 1 and the GS
package were one but in 1974 they split it
into 2 separate packages on was the Stage 1.
This is an article from the RIVIERA
OWNERS ASSOCIATION    Sean Cahill
#6613 Originally published in The Review Vol.
20, No. 1 Nov. /Dec. 2        20, 129, a new
record low for Riviera sales. Among those,
4,119 had the GS handling option, and 1,698
were upgraded to the 245 horsepower Stage I
engine, an increase of 15 horsepower over the
standard 455.

The Stage I, with the large port Stage I
engine, positive traction differential, and a
chrome-plated air cleaner. Sadly, 1974 would
also be the last year the Stage 1 engine
option was offered.

The car also has  A VINYL TOP IN EXCELLENT
CONDITION.  I have all the original
documents The car need tires and one other
cosmetic piece that is called the rear bumper
filler piece it is a piece that goes between
the car and the bumper and is actually 3
separate pieces and is the same color as the
car. This piece just crumbled  from the  heat
in AZ. Tires and the window rubber around
the 2 side windows other than that she is
complete and original.