Description:
1973 started Corvette\'s transformation from muscle to touring sports car. A Chevrolet advertisement headlined: We gave it radials, a quieter ride, guard beams and a nose job. Indeed, redesigned body mounts and radial tires did improve Corvette\'s ride, and interior sound levels were reduced by 40%. The chrome rear bumper was essentially carried over from the previous year. However, the chrome blade front bumper was dropped for the federally required 5 mph (8.0 km/h) standard for a light-weight front bumper system with an inner transverse tube attached to the frame with two Omark-bolts (special steel fasteners which absorbed energy when a forming die, pushed back by the bumper, was forced down their length), and an injection-molded urethane bumper cover. The urethane nose was chosen over Chevy\'s other alternative, a more protruding version of the previous metal bumper. The new urethane bumper assembly added thirty-five pounds to the front end. Two 350 cu in (5.7 L) small block engines were available. The base L-48 engine produced 190 hp (142 kW). The L-82 was designed to come on strong at higher RPM and ordered with nearly 20% of the cars at a cost of $299. Car and Driver on the L-82 in December 1972, when it comes to making a choice, the L82 is the engine we prefer. Duntov and the other Corvette engineers gravitate toward the big blocks because they like the torque. And granted, the 454s will squirt through traffic with just a feather touch on the gas pedal. But, to us at least, the small block engine contributes to a fine sense of balance in the Corvette that is rare in any GT car, so rare that it would be a shame to exchange it for a few lb.-ft. of torque.Road & Track magazine stated in a 1973 road test: For all its age, size and compromises, if the Corvette is equipped with the right options it is a pleasant and rewarding car to drive and this 1973 example was one of the best Corvettes we\'ve ever driven.Numbers Matching L82 350ci V8Numbers Matching Automatic TransmissionIce Cold AC (Updated to R134)Power SteeringPower Brakes (4 Wheel Disc)Original RadioFactory Build SheetFactory Tank StickerLots of Documents including ownership historyTHIS car s the REAL DealMostly Original PaintStunning 1,423 Original mile Corvette CoupeEverything on it works as it shouldRecent Service, and Ready to go!True Turn Key car, does not need anything except a new owner! Visit JKs Galleria Of Vintage Classic and Pristine Cars for your next vehicle. We are shipping experts and can assist with delivering your new vehicle anywhere in the world!! 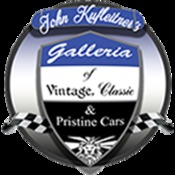 Let JK's Galleria Of Vintage, Classic And Pristine Cars show you how easy it is to buy a quality used car in Salem. We believe fair prices, superior service, and treating customers right leads to satisfied repeat buyers. Our friendly and knowledgeable sales staff is here to help you find the car you deserve, priced to fit your budget
Share this listing: Report This Ad