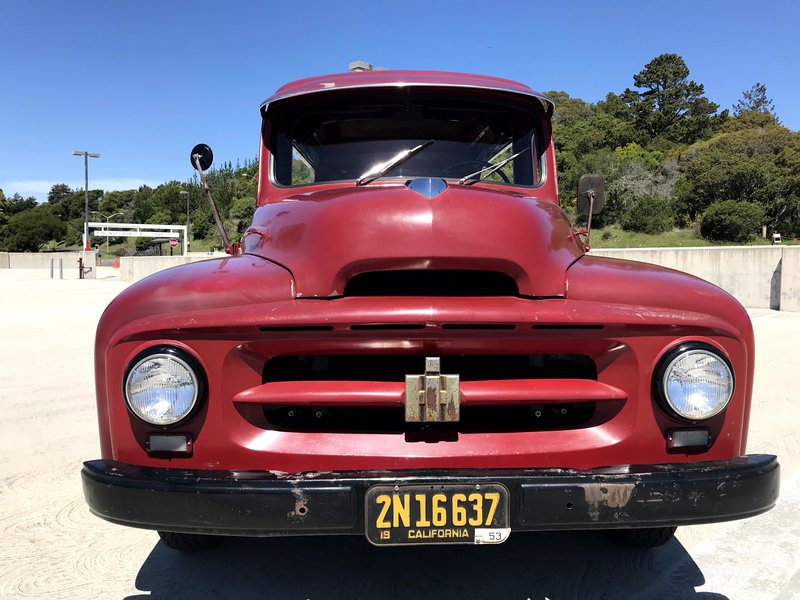 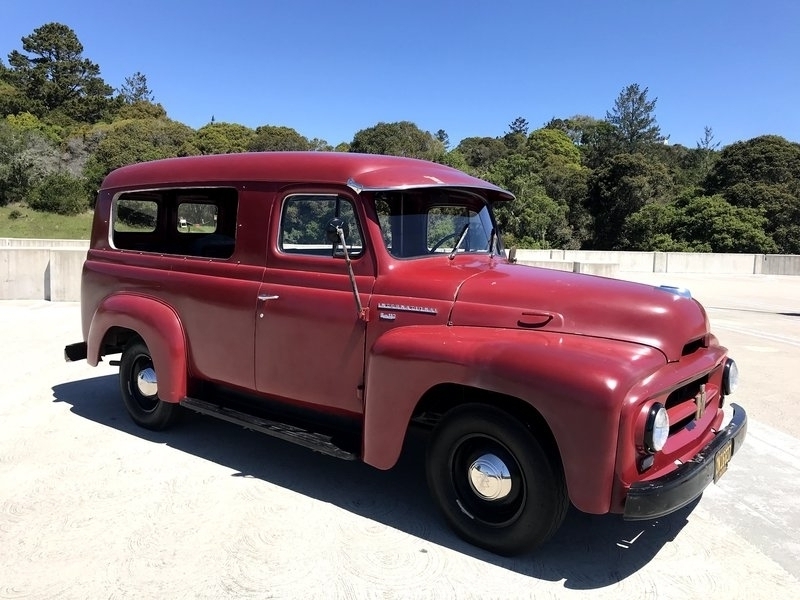 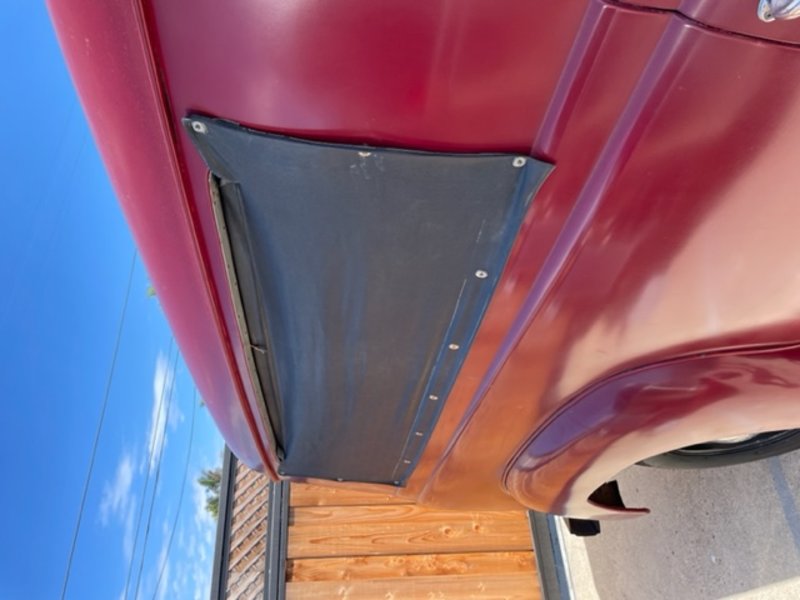 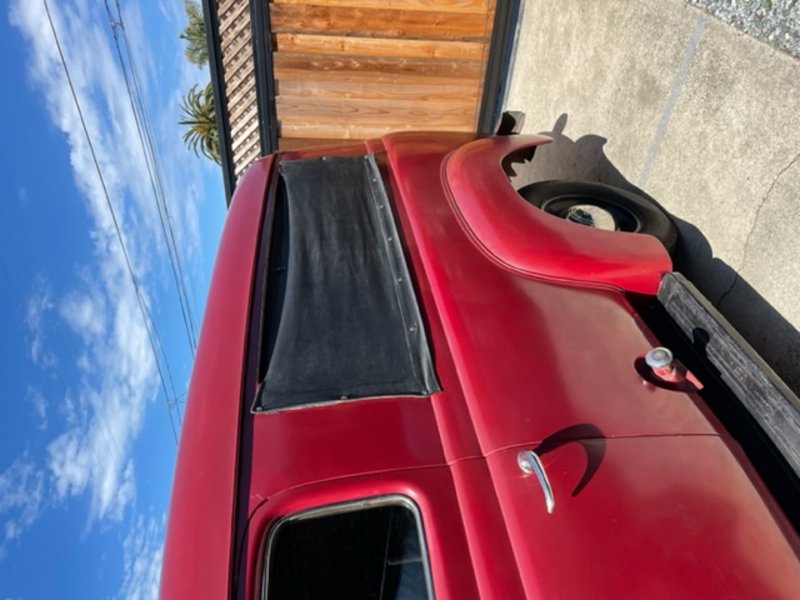 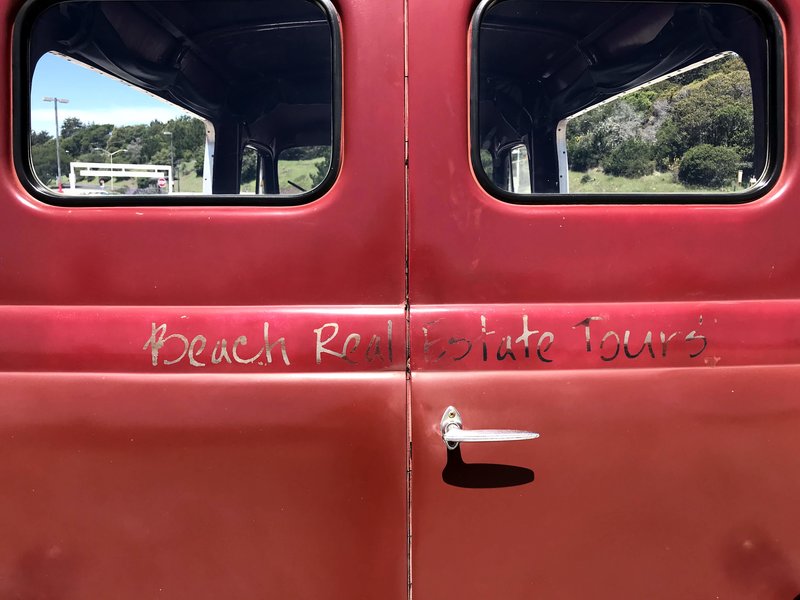 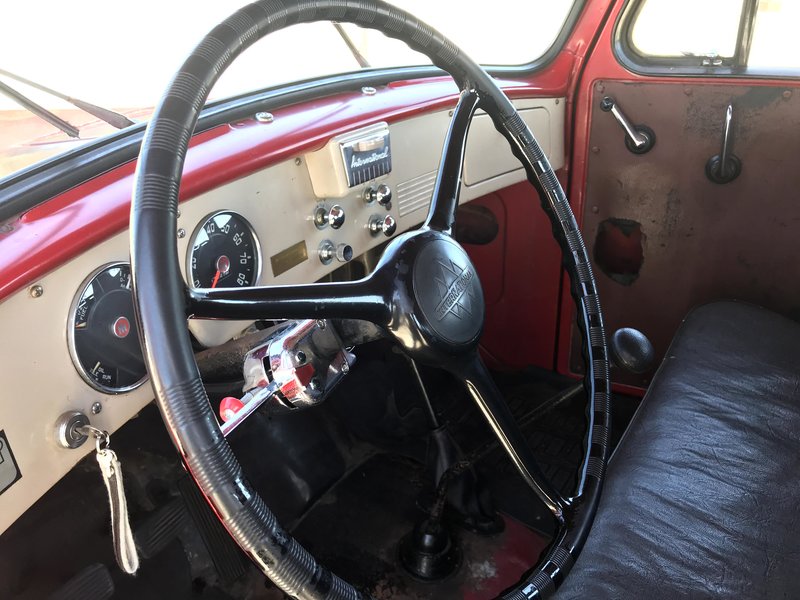 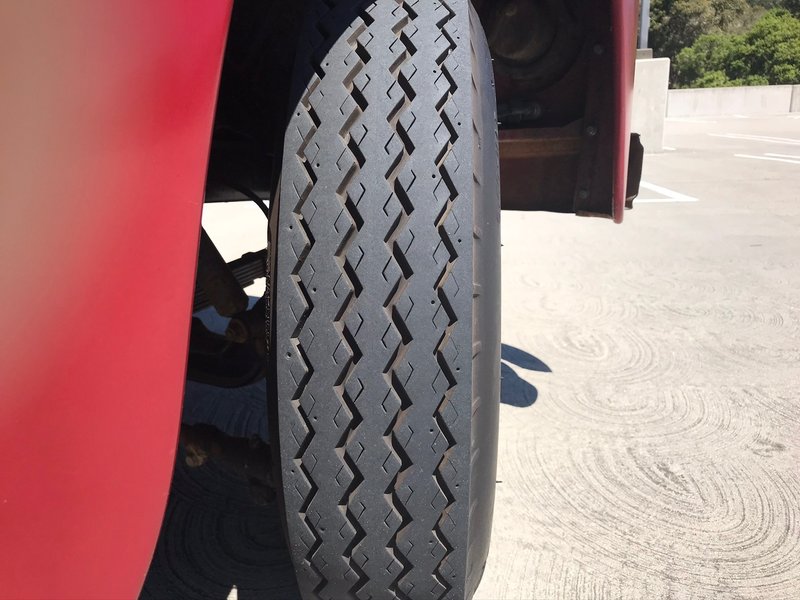 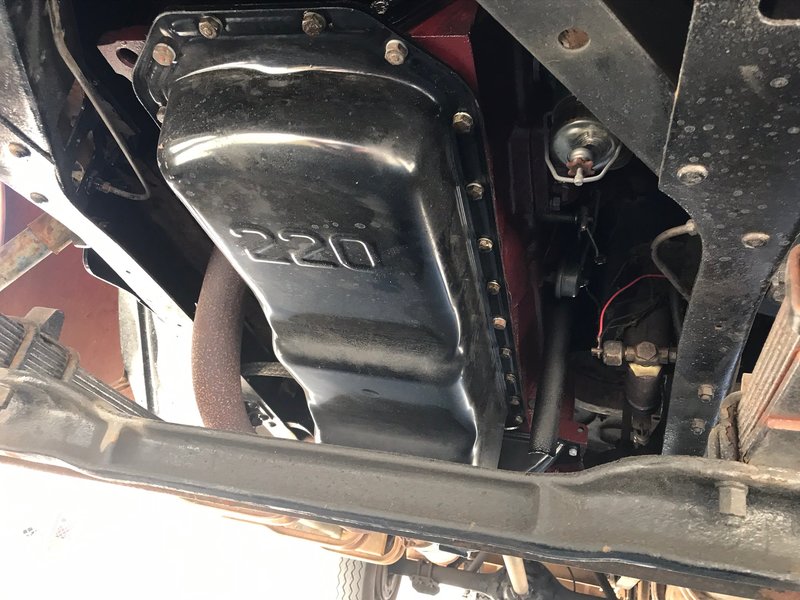 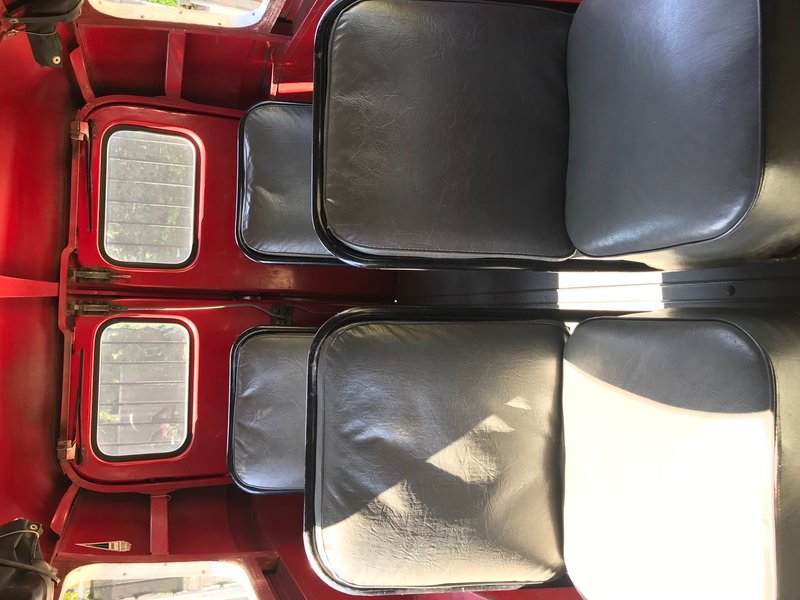 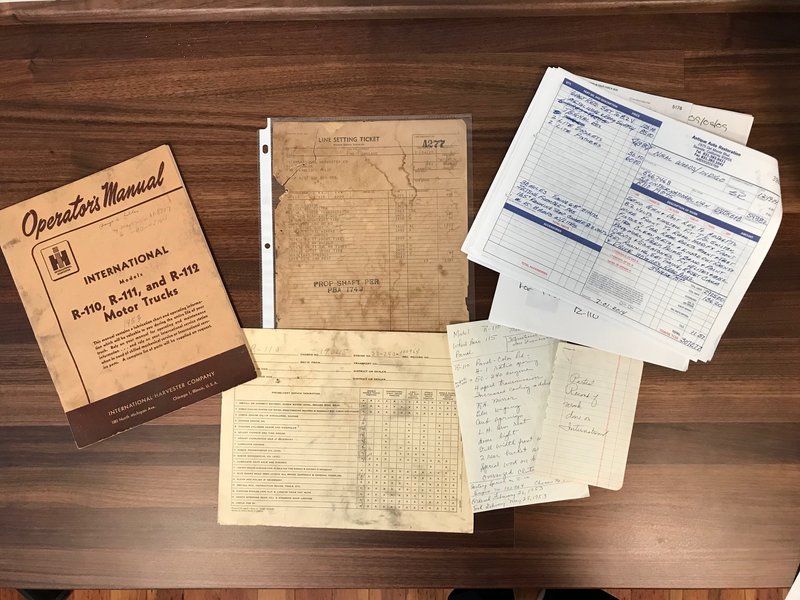 sold new in San Francisco, California, and was used for

trips to the original owner’s vacation home in the Lake

County mountains. It was acquired by our family in 1984,

A mechanical and cosmetic refurbishment was

commissioned in 2014, with work including minor body

repairs, a rebuild of the 240ci inline-six, and a teardown

and inspection of the four-speed manual transmission.

This Travelall is offered with service records, hand-

written logs, an operator’s manual, a line setting ticket, a

in the name of the seller’s company.

1953 was the first year of production for the Travelall,

which featured two passenger doors up front, and two or

three rows of additional seating. This example was

ordered custom from the factory with its side panels cut

out and roll-down canvas covers that snap into place.

The truck was refinished in red during its previous

ownership in 1980, and I had dents removed and areas

touched up as part of the 2014 refurbishment. The paint

on the rear doors was damaged when the graphics

advertising our real estate company were removed, and

other blemishes can be viewed in the gallery.

International logo and were fitted with STA Super

Transport tires in 2014. The braking system was serviced

in 2009 with a new master cylinder, brake hoses, and

indicates that auxiliary springs were fitted when new.

The red from the exterior is carried over to the interior.

The front bench is upholstered in taupe vinyl, with

matching door cards and a white dash face. A three-

an 80-mph speedometer and auxiliary gauges for fuel

The five-digit odometer shows under 58k miles, about

13k of which were added by myself. Total mileage is

unknown due to gaps in service records from the original

The rear passenger area is accessed through the rear

doors, and a roll-down canvas divider separates the front

bench from the rear passenger area. The cardboard

headliner is missing, and there is some corrosion on the

The 240ci Silver Diamond inline-six was rebuilt by

and more detailed in the five-page invoice shown in the

gallery. Power is sent to the rear wheels through a four-

speed manual transmission that was partially

disassembled and inspected during the engine work.

The front of the frame was washed, scraped, and rust-

treated during the refurbishment, and additional

underbody photos can be viewed in the gallery.

Included in the sale are an operator’s manual, the factory

records dating back to 2009. A cold-start video has

Currently 3,309 miles on new engine. This is a fine old

truck looking for a appreciative new home. Time to sell.