Description:
History of the 1942 Ford Super Deluxe Woodie: Ford Motor Company had been in the wood-bodied station wagon business since the Model A was introduced in 1928. Not only involved in the complete production of the wooden framework, in the early 1920\'s Henry Ford had purchased hundreds of thousands of acres of hardwood forest in Northern Michigan, which became known as Iron Mountain. This sawmill was providing the wood necessary for building millions of Model T\'s, along with the crates they were being shipped in all over the country. Ford would turn the Murray Corporation to finalize the assembly of the Ford Station Wagons, who would do so from 1928-1939. To make things more interesting. Ford actually had a company based in Louisville, KY named Mengel Body prepare the wood planks for Murray to use in the build the bodies. Mengel was already the leader in wood production components for a number of American automobile manufactures and had the craftsmanship to produce top quality parts for easier an assembly! Unfortunately, during production, this process lead to inefficiency between the three plants and some turbulence between Ford and Murray began in 1939 which would inspire Ford to move the complete production of the planks and final assembly all in-house in 1940. They decided that the very source of the wood would make for the perfect place to prepare for ultimate assembly, which would be at the Iron Mountain plant itself. Given this extraordinary opportunity, the employees of Iron Mountain were eager to prove their worth. With soaring enthusiasm, they not only achieved production anticipations, executives at Ford found the efficiency and quality at Iron Mountain to be far surpassing expectations! It was actually quoted from the Ford News newsletter that No other automobile model required in its manufacturing the amount of experienced hand labor expended in the finishing of every hardwood Ford V8 Station Wagon. Here one finds hand craftsmanship raised to the highest level of efficiency. Unfortunately, the craftsmanship of restoring such a splendid vehicle has become a lost art today. So while just finding a surviving Woodie on the market is a challenge in itself as most have required some professional restoration along the way. Details about this 1942 Ford Super Deluxe Woodie Station Wagon For Sale: We are very happy to offer a rare and highly well-kept 1942 Ford Super Deluxe Woodie Station Wagon that is beautifully finished in Moselle Maroon over Dark Red interior upholstery! This example was stored for some 35 years in a basement garage, until gifted to the owner\'s nephew in September 2002 as hopes of ever restoring the vehicle were slipping away. Feeling inspired, its new owner would finally move the classic from one garage to another in 2004 and immediately began to study the restoration cost involved in getting started. After gathering enough historical data over several years, the original owner\'s nephew would finally commence a complete restoration in 2013, which could not be done without the help of Schulze\'s Classic Car Restoration, LLC based in Silex, MO. The sympathetic restoration began with the intention of retaining as much originality and original wood framework as possible. All of the factory components were still fully intact at this time, so the restoration consisted of only original equipment including all sheet metal. Throughout the restoration process, excellent attention was given to photo documenting this stunning Station Wagon! Power comes from its original 221ci Flathead V8 and 3-speed column-shifted manual transmission, producing a factory rated 90 horsepower. Features include full dash instrumentation, Ford AM radio, dash clock, Stewart Warner South Wind heater/defrost system, front bumper guards, rear-mounted spare tire with Ford-scripted vinyl cover, safety glass, Firestone Deluxe Champion 6.00-16 wide whitewall tires, among other comforts. It would be difficult to cover 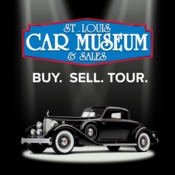